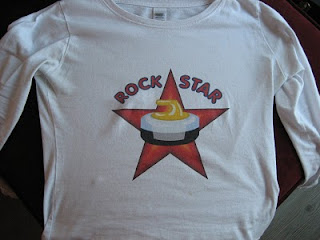 I love watching and playing sports, and I especially love watching the Winter Olympics. Snowboard cross and short track speed skating are like demolition derby on snow and ice. My quads burn just watching the alpine skiers. And how bad-ass is biathlon? I imagine my great, great uncle Sven skiing across the Norwegian hinterland hunting caribou for his evening dinner. (I actually do have a great, great uncle Sven from Norway. No clue if he hunted on skis).

Being an American in Canada is awesome during the Olympics. I love that I don't have to watch Bob Costas. I have five other channels to watch the Olympics, including one in French. My job is very multi-national so we have a lot of trash talk at work. My current work group includes (by birth) three Americans, four Chinese, four Germans, three Brits (including my boss), one Scot, one French, one Egyptian, one Dane, and one Israeli, among 10+ Canadians. I cheer for both Canadian and American Olympians, except when they are facing each other. Then it's USA all the way. I will be keeping a low profile during the US vs. Canada hockey games, lest I get pummeled when the US wins.

I moved to Canada just after the Salt Lake games in 2002. Though I am originally from Wisconsin, which is practically Canada, and my hometown is farther north than Toronto. Out of boredom/curiosity I took a "learn to curl" class in 2004, and totally fell in love with the sport of curling. What glorious game! Curling originated in Scotland in the 1500s. Can you imagine some bored, frozen Scotsmen deciding that it would be a good idea to throw a rock on some ice to hit a target? Now its a phenomena in Canada, where an estimated 1 million people regularly curl.

I have been playing in a weekly curling league since 2004. My current team, the Sheetheads, is in first place in an open league at the High Park Curling Club. Sportsmanship is paramount; the game starts with handshakes and introductions and the winning team must buy the losing team beer. So really, everyone wins!

Yesterday ChartAttack posted "Ten Great Songs About Curling." I wouldn't call all of these "great," but many are highly amusing. I do like the idea of Walter Osteneck covering the "Curling Club Polka." And why hasn't Stompin' Tom recorded a curling song?

In 2005 Toronto rock stalwarts the Constantines put out an album called Tournament of Hearts, a nod to the Canadian women's curling championships. While none of the songs are directly about curling, the entire album is solid, working class rock music, which all curling fans can appreciate. Constantines play at the Olympics in Vancouver at the Ontario House on Friday, February 19.

Winnipeg's The Weakerthans stepped it up a notch in 2007 by recording a song called "Tournament of Hearts," the current best curling song in existence (until Walter Ostaneck and/or Stompin' Tom writes one). They are currently on tour down under where it is summer. One of my Kiwi friends once told me that curling is mostly done outdoors on frozen mountain lakes of New Zealand, where the curlers sip whiskey between ends to try to keep warm.

Posted by Rockstar Aimz at 4:04 PM

Email ThisBlogThis!Share to TwitterShare to FacebookShare to Pinterest
Labels: Constantines, The Weakerthans

What club do you curl out of?

I was a Scarboro Golf and Curling club member for a while, but small kids and whatnot got in the way. Still haven't joined York in Newmarket yet, but I will next year.

I'm at the High Park CC right now. I have a friend who curls out of Unionville near Newmarket. He loves it. Thanks for reading!

For the record, I officially gave up on the US men's team today. Shuster missed easy shots. I could have made those draws and takeouts, and I am not very good!