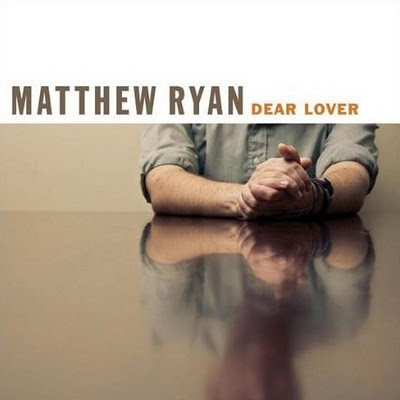 A few years ago a friend of mine gave me a bunch of MP3s and said, "You have to check out this guy. He's the next Paul Westerberg." Of course, this immediately made me extremely skeptical. Especially after I realized that my jackass friend had given me dozens of MP3s tagged as "unknown artist" and "track 8" and so on. I had to do a mess of MP3 archeology until I finally discovered that I now had a wide range of tracks by Matthew Ryan spanning eight albums from 1997 to 2004.

While I enjoyed the Matthew Ryan sampler from my friend, it wasn't until I head Ryan's 2008 album, Matthew Ryan vs. the Silver State,

that his songwriting skills really hit me. I loved this album, and named it one of my top ten of 2008. Then I went back to my sampler MP3 collection, and really started to understand and appreciate his immense talent, and in the process I filled in my Ryan collection with what I could find on eMusic. Maybe I'm old school or something, but I needed to hear his music in the context of an album before I could really get into it.

Ryan is officially releasing this twelfth album Dear Lover on Feb. 16, but I pre-ordered it and have had it in my hot little hands since October. I really wanted to put it on my Best of 2009 list - that's how good it is. Patience is not my virtue, but at least I held out until early 2010 to review the album.

Dear Lover is completely different from MRVSS, and this is one of its major strengths. In true Westerberg DIY style, Ryan recorded the entire album in his home studio, and is releasing it on his own record label. Although Ryan's music has been published on major and indie record labels in the past, according to a lot of interviews that I have read, this album is something that Ryan wanted to do by himself. The gloss of a professional studio may be missing, but Dear Lover sounds the way he wanted it to sound.

The entire record revolves (evolves?) around the theme of a romantic relationship. Relationships are complicated, wonderful, confusing, stressful, exhilarating, scary, empowering, and even lonely, sometimes all at the same time. "I could be your super hero. I could be your biggest disappointment." Ryan is telling stories in his songs, but the stories are vague enough where each listener can interpret the song in his/her own way. The mark of a great songwriter is the ability to let his audience decide what the song is about, and Ryan thrives in this aspect of musicianship.

Unlike MRVSS, which is largely a rock album, the songs on Dear Lover are power pop anthems, indie rockers, soft ballads, and electro/synth tracks you could hear in a Manhattan martini bar. Some people may be turned off by the ambient/electro-sounding songs, but I think they really add to the overall feel of the album and show Ryan's willingness to experiment with diverse sounds. In fact, one fan called Dear Lover "Matthew Ryan's synth/techno/electro Nebraska."

Ryan is also one of the only artists that I follow who excels at using social media to promote his music. He interacts with fans on Twitter, Facebook, and MySpace. I've seen him take requests for new videos and for songs for upcoming gigs on Facebook. On Twitter he announces streaming radio shows and new gigs, plus promotes fan reviews and fan blog posts. He had fans help him make the video for "City Life," which I posted back in November. He recently posted three "raw" videos on YouTube, two of which he filmed in his living room. Two of the raw videos are songs from Dear Lover, and one is a fan request for the song "Guilty," which is from his 1997 album May Day, and which was also included in the original groups of MP3s my friend gave me.

Here is a great article from Tech Dirt that discusses musicians who embrace the changing business side of music. The article doesn't mention Ryan, but he is doing everything, if not more (albeit, with a way smaller budget and fanbase), than the Trent Reznors and Amanda Palmers of the music world.

Ryan's Dear Lover tour just started yesterday. Check his website to see if he is coming to your town. Sadly, no Canadian dates have been announced (yet?).

CD available from retailers on Feb. 16, or from his website now. Download from iTunes, Amazon.com, or eMusic NOW!
The entire album is streaming on MatthewRyanOnline.com.

Posted by Rockstar Aimz at 8:00 PM

The new Paul Westerberg? That song sample sounds like the new U2. At least it has some fuzzy guitar. Glad you made it back from your Toronto cheesefunk experiment.

If you're interested...the new Paul Westerberg is Jesse Malin.

oops...just realized that was my second somewhat negative comment. I read your blog all the time and you've turned me onto some great music in the past and know you will in the future. Keep up the good work!