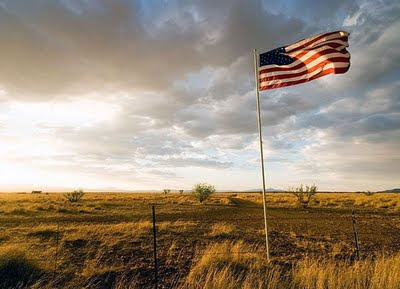 Even though I'm feeling somewhat over-saturated by the media with Sept 11 memorials, especially for an event that seems to me to have just happened last week, I have to add a bit for those of you who happen to read my little blog. One of my favorite singers/songwriters/performers, Rhett Miller, who's band the Old 97's helped introduce me to the alt country genre, lived in New York just three blocks south of the World Trade Center on the day the twin towers were attacked. He allowed The Atlantic to publish the journal he kept during that time period.


Went to bed at three last night after writing a song, "Lovebird," and making love with Erica. About 9 a.m., heard two loud explosions. Didn’t fully awaken us. Phones started ringing. Mom on my cell (I missed it) and a college friend of Erica’s on the landline. It’s all very confused at first. It’s not unusual to hear construction in the morning, and I think I muttered a sleepy complaint about the loud noise.

Me to Erica: Babe, I think a plane just crashed into the World Trade. I’m going to go up to the terrace and check it out.

She says: You’re getting up? Can’t I keep sleeping?

came out in March of 2001. On the morning of Sept. 11 my good friend Gorrck was in Los Angeles working on a project, as he was every week, not too far from his home in Phoenix, Arizona. He was three time zones behind the east coast and, unlike me, didn't have the trauma of watching everything unfold on live TV. After some chaos in LA, he managed to rent a car and drive the six hours back to Phoenix. Remember, this was 2001: no iPods. Gorrck had a Sony Discman with him for the one hour flight between LAX and PHX. The only CD he had with him was the aforementioned Satellite Rides, which he listened to over and over as he drove through the desert towards his home. The song "Book of Poems" left a huge impression on him on that tragic day.

I think "Book of Poems" is supposed to be about a bad relationship (as are most alt country songs), but in the context of Sept. 11, 2001, it can be interpreted as no matter what anyone says, especially the government, things will never be the same despite this little book of "happy poems" that is supposed to make us all feel better. Especially when our leaders are inspiring us by encouraging us to "participate in the economy," or, "go shopping."