Those Darlins Tuesday Night in Toronto 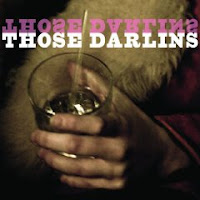 Those Darlins were my "best new artist" of 2009, and they are playing a free show tomorrow night (Tuesday, February 9) at the Horseshoe Tavern as part of Dave Bookman's Nu Music Night.  It's gonna be awesome.

Here are two of my favorite songs from their 2009 self-titled debut.  The first is my theme song and the second is about getting drunk and binge eating.  What's not to like?

Those Darlins also have a nice session on Daytrotter from back in March 2009.

Who's That Knocking at My Window.mp3 (Carter Family cover)
From: Daytrotter (2009)

Email ThisBlogThis!Share to TwitterShare to FacebookShare to Pinterest
Labels: Those Darlins

Just for fun - here is a grainy video I took of Those Darlins when they played a house concert at my loft in Athens GA in 2007. They sure have come a long way as a band, but they are just as nice now as then ;-)