July Feel Bad For You

Well folks, I'm on vacation in the Dairyland and haven't updated the old blog in a while. I have tons of stuff to write about, so stay tuned! Here's the July Feel Bad for You comp to tide you over until I get back. I also forgot to post the June FBFY comp. Do you still want me to post it, even if its a few months late? A few months late is the story of my life... 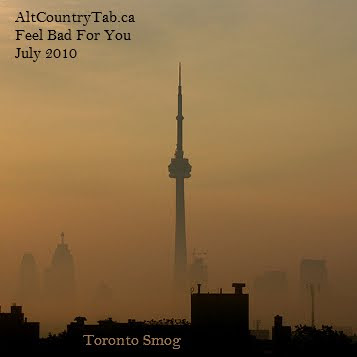 From the forum users at AltCountryTab.ca - download the zipped file for one week only.
1. Leadbelly - "Black Girl"
The Definitive Leadbelly (song orig. 1935)
American classic from a master. Covered famously by Nirvana.

4. Sam Quinn + Japan Ten - "Gun"
The Fake That Sunk A Thousand Ships (2010)
Favorite song from the debut solo album from this Tennessee native/former member of The Everybodyfields (who I have never heard). This one reminds me of Will Johnson.

5. Ernie Graham - "So Lonely"
Ernie Graham (1971)
Pub rock at its best from this British one album wonder.

6. Robin Pecknold - "Be Yourself" (Graham Nash cover)
Be Yourself - A Tribute to Graham Nash's "Songs for Beginners" (2010)
Fleet Fox's frontman covers an excellent and underrated song from Graham Nash's solo debut.

9. Matthew Ryan - "Beauty Has a Name"
Dear Love Acoustic (2010)
Brilliant marketing by M.R. First put out an electric album, then six months later release the acoustic version. This track is not on the electric album.

11. Brand New - aloC-acoC (Demo Version).mp3
From: Unreleased Demos (2006)
This is one of the few songs about Iraq that I think works. I don't know if its true from the songwriter's perspective, but it feels personal.