August Feel Bad For You 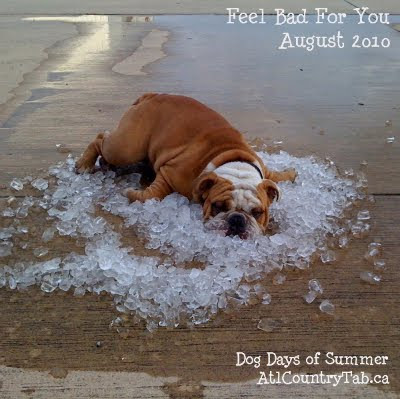 The monthly comp from the forum users at AltCountryTab.ca.
Download the zipped comp for one week only.

Would love to see this band live. Great at rootsy Americana, straight ahead country, Stones-y rock n roll, they can do it all and do it good.

2. Delbert McClinton - "I Had A Real Good Time"
Cost Of Living (2005)
Another artist who can sing and play every kind of roots, and has been doing it for 50 years.

3. Doug Sahm - "Can't Fake It"
Hell of a Spell (1980)
Like McClinton does, Doug Sahm had country and blues in his soul. Nothing he couldn't do, he was Texas. Hell he was everything south of the line. Love the doo-wop backing on this cover. A master.

4. Paul Thorn - "Love Scar"
Pimps & Preachers (2010)
Haven't seen this new release mentioned on the board, so thought I'd throw out one of the prettier songs for the August FBFY.

5. Jetset Motel - Settle Up, Settle Down.mp3
Buy (CD Baby): Jetset Motel (2010)
Country-rockers from Toronto (although they're all Newfoundlanders). Pretty nice debut from them here, and they put one a great live show. And the bassist is a heck of a nice guy.

6. Sherman Downey - "Church Mouse"
Honey for Bees (2009)
West-cost Newfoundland folkie. Most of his songs are fairly upbeat, but with some introspective and thoughtful lyrics hiding under the danceable sound. Again, crazy good live show when he's with the full band.

13. Ryan Adams & The Cardinals - "September (alternate version)"
Jacksonville City Nights Rarities (2005)
Not sure where this is from but found this track on a rarities compilation and since I'd never heard it, I figured a few others probably haven't either. Far superior country rock version of this track.

14. Ryan Adams & The Cardinals - When The Wild Wind Blows.mp3
From: Elizabethtown Sessions (2005)
The best track off the otherwise middling Elizabethtown sessions bootleg.

15. Tim Easton - "Taken"
Unreleased (2006)
Tim, at one point, had a myspace page concealed under the moniker Dark Watson. It was there that I discovered this gem!

Email ThisBlogThis!Share to TwitterShare to FacebookShare to Pinterest
Labels: Dave Gleason's Wasted Days, Feel Bad For You, Jetset Motel, Ryan Adams and the Cardinals, The Sadies

Red Star Belgrade has the absolutely most depressing Christmas song ever.

I listen to Gillian Welch to cheer up after hearing "Xmas Day". Great dysfunctional song.

Dave Gleason is fantastic talent. Saw him solo at Bluegrass Inn in Nashville a couple of years ago. Glad others are learning about him.