Edit: I wanted to post this yesterday, but the Zunepocalypse of 2008 made me freak out and I didn't finish it in time.

Its really hard to put these lists together, and on a given day/hour I can change my mind about the order of any of these albums, but this is what I submitted to the AltCountryTab message board for their annual Gambler Awards. I think this list is slightly biased towards the bands I saw live this year (see #4, 5, 6, 9). You can't go wrong with any of these albums.

Rockstar Aimz' Favorite Albums of 2008
1. Drag the River - You Can't Live This Way 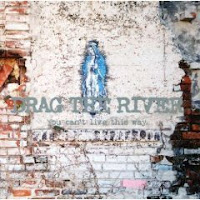 What a solid alt country album. I unfortunately did not discover this band until 2008, even though they have been putting out albums for more than a decade. One of my buddies gave me this album and I put it in my Zune on a playlist with all of my other 2008 releases and hit shuffle. I would listen to this playlist while doing my tasks at work, and every time I heard a song that I really liked I would look at the player, and four out of five times it was from this album. The band incorporates everything you would want in a rock/country album: in addition to the standard electric and acoustic guitars, they incorporate pedal steel, rock piano, and even a horn section. Chad Price and Jon Snodgrass take turns with songwriting and lead vocals, and their voices seamlessly harmonize on several tracks. This album reminds me a bit of early Son Volt, with songs that examine the themes of isolation and desperation in a small town, growing old before your time, and, of course, heartaches and headaches. There are rumors on the internets that this will be Drag the River's last album. That would be a shame, especially since these guys are new to me this year. Let's hope for another release before I finish digging through their back catalog.

Bad Side of a Good Time.mp3
Buy: You Can't Live This Way 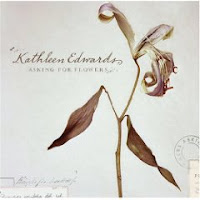 Ottawa based songstress Edwards delivers a wonderful country/folk collection on Asking for Flowers. Edwards frequently incorporates bits of Canadiana into her songs (hockey, CBC), and tells gorgeous and heartbreaking stories in other tunes. "Alicia Ross" is the song of the year. See my post about this song from August 31.

See the video for "I Make the Dough, You Get the Glory" which features a hockey game with former NHL players Marty McSorley and Paul Coffey, and Jim Cuddy of Blue Rodeo. 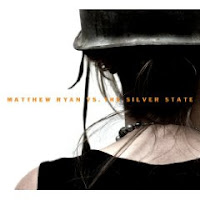 Not to be confused with Matt Ryan, the quarterback of the Atlanta Falcons, though I wish the singer/songwriter was as famous as the first round draft pick out of Boston College. Matthew has been composing rock and alt country music for over 10 years, sometimes recording in his home and releasing his music on his web site. This album further cements Ryan's talent as a genius songwriter, with his distinctive raspy voice pushing through ballads and belting out the rock and/or roll. My favorite lyric is from "Could Have Been Worse." Her mascara was born to run. Awesome.

Could Have Been Worse.mp3
Buy: Matthew Ryan Vs. Silver State 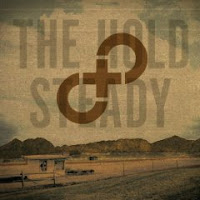 Another great album from our favorite Brooklyn via Minneapolis bar band. Although not as good as 2006's Boys and Girls in America, its still damn solid. I do have a few issues with this album - please see yesterday's post, (Trying To) Stay Positive. 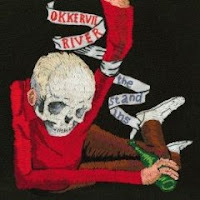 Okkervil River was big cheaters on this album. Most of it was recorded at the same time that they recorded The Stage Names, so naturally this album is more of the same, which is a very, very good thing. But since they released two albums instead of a double album (see #6, Brighter Than Creation's Dark), they (presumably) sold twice as many albums and toured twice as much in support of these albums. The music business is rough, and you gotta do what you gotta do. I was just happy to see them live twice in 2008 (and twice in 2007), as they are one of the best live acts going today. My big issue with this album is the crappy instrumentals, which I call The Fill-Ins. But those three are less than a minute long each. The rest of the album contains eight very solid indie rock tunes.

Calling and Not Calling My Ex.mp3
Buy: The Stand-Ins 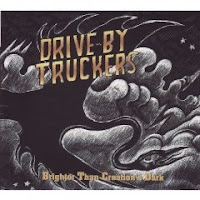 Its always a good year when the Drive-By Truckers release an album. This double album is so diverse and so strong at points, but I can't help thinking what a huge album this would have been if you took the ten best tracks and added the best tracks from former Trucker Jason Isbell's 2007 release, Sirens of the Ditch. But a great man once said, "You can wish in one hand and shit in the other and see which one gets filled first," so let me get back to the review. Even without Isbell, the Truckers still have three lead singers, this time bassist Shonna Tucker sings lead on her songs "I'm Sorry Houston," and "Home Field Advantage," which adds a really nice quality to the mix of country and rock songs. Mike Cooley performs some of his strongest songs yet, which is saying a lot from this gifted musician (see "3 Dimes Down"). "That Man I Shot," by Patterson Hood is such an incendiary song that I call it the Iraq War generation's version of CCR's classic "Fortunate Son." 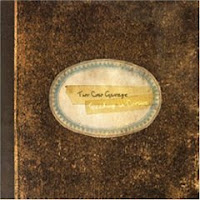 "You were speaking in cursive,
I was pretending to care.
She spoke constantly, and ironically,
never ending hipster fare.
Of movies and poets and writers
no ones ever heard of or seen.
So many words so loudly,
somehow never saying a thing."

And in one verse, singer Micah Schnabel summarizes every date I had in 2008. I do not understand why this band isn't more popular. I should have rated this one higher.

8. Chris Mills - Living in the Aftermath 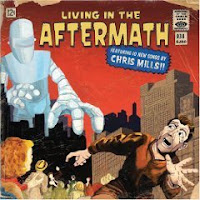 Mills (not to be confused with former NBA forward Chris Mills) is another artist who has been putting out albums for over a decade who I just discovered this year. Someone described him to me as Rhett Miller meets Will Sheff, and this is sort of the case, as Mills blends alt country with indie rock and has a similar vocal tone to both of these artists. And I love both the Old 97's and Okkervil River, and therefore I love Chris Mills. Every time I listen to this album I find something new. Like Drag the River, I can't wait to dig into Mill's back catalog too. 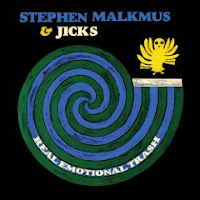 Malkmus's lyrics are getting weirder as he gets older, and that's saying a lot coming from the former head of Pavement. This album is so happy and fun. A great summer album for me. Lots of spastic jangly guitar and some extended jams from our indie rock hero Steve. 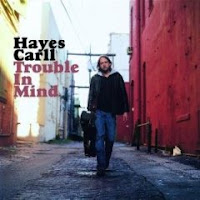 If you like country music but hate Nashville radio, then this album is perfect for you. The hysterical track "She Left Me For Jesus" has been garnering Mr. Carll a lot of attention, but, even though that song is great, it is not representative of the album. The rest of the album is classic country with tales of heartaches, troubles, and woes, with some sweet guitar and banjo to boot.

If you are "international" like me, don't order this album off of Carll's web site. Whoever distributes Mr. Carll's albums stiffed me $17 for "international" shipping. The CD cost less than the shipping. Compare this to when I ordered The Stand-Ins from Okkervil River's label Jagjaguwar. $13 for the CD, plus two posters and a sticker, and it included shipping.
Posted by Rockstar Aimz at 11:47 AM

Nice list Aimz! Mine went like this:
1. Two Cow Garage - Speaking in Cursive
2. The Hold Steady - Stay Positive
3. The Gaslight Anthem - The '59 Sound
4. What Made Milwaukee Famous - What Doesn't Kill Us
5. Okkervil River - The Stand-Ins
6. The Black Keys - Attack & Release
7. Blitzen Trapper - Furr
8. The Felice Brothers - The Felice Brothers
9. Hayes Carll - Trouble In Mind
10. Old 97's - Blame It On Gravity

Thanks so much for including two of our releases on your tops of 2008. To answer your question, Drag the River are not over. We are releasing the appropriately titled, "Bad at Breaking Up" which collects a bunch of 7" only and vinyl only tracks (20 songs of greatness). Jon from Drag's first solo album will be out at the same time (end of Feb). Chad is working on his own solo ablum, but Drag will continue on!

And I agree, Two Cow Garage should be much bigger and as people continue to say this loudly enough, others will hopefully catch on.

Great site, great list. Glad I found out about you.