Feel Bad For THE MAN

"Rock and roll is all about sticking it to the man!" – Someone

Now that the Democratic National Convention is in full swing, I figure it's time to post the August Feel Bad for You Mixtape. This month's theme is THE MAN! The dogs days of summer are only made worse by sitting in your cubicle and slaving away for THE MAN! At least that’s how I came up with the theme for this month's mixtape. Though THE MAN could be your boss, the government, whitey, your woman, Nashville record executives, your landlord, etc. I told the contributors to be creative with this one. 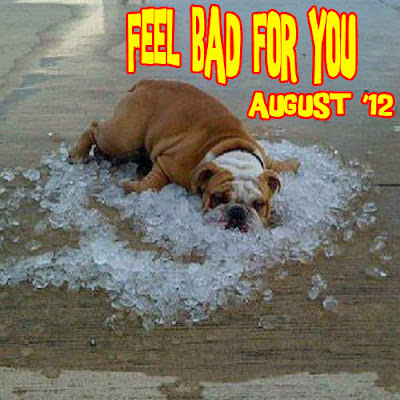 1. Snog - Corporate Slave
Remote Control (1997)
Submitted By: Bryan http://ninebullets.net/
Comments: This one was easy. Snog was bashing corporate america long before it was fashionable to do so and I knew as soon as you said the theme was "The Man" I had to include one of their songs. This song originally appeared on their 1997 album Remote Control but this particular version of it is from their 2006 retrospective Sixteen Easy Tunes For The End Times. Hope y’all like it as much as I do.

2. Ben Folds - The Ascent of Stan
Rockin’ the Suburbs (2001)
Submitted By: @philnorman
Comments: You wondered why your father was so resigned. Now you don’t wonder anymore…

3. The Clash - Clampdown
London Calling (1979)
Submitted By: April @ Now This Sound Is Brave
Comments: "The men at the factory are old and cunning / You don’t owe nothing, so, boy, get running / It’s the best years of your life they want to steal"

4. Chuck Prophet - American Man
¡Let Freedom Ring! (2009)
Submitted By: hoosier buddy
Comments: Chuck Prophet is the Captain America of guitar-slinging singer-songwriters. His trademark scarf and vest let you know he’s comfortable with the way he looks. The musical influences in this one song alone are a veritable melting pot of American culture. Twang meets classic rock and celebrates the love child with shameless 80′s riffage, His shield is the honest truth about what’s wrong, what’s weird,and what’s going on: "American man, three times your size, with blood on my lips, milk in my eyes." We all recognize this American man. Heck, some of us are him. Proud as hell, too!

5. Neil Young - Ohio
From: bootleg (1971)
Submitted By: tincanman
Comments: I had so many 'Man' punisms running through my head to impress you with I almost forgot the ultimate 'The Man hath run amok' song.

8. Minus 5 - Dear Employer (The Reason I Quit)
Down With Wilco (2003)
Submitted By: toomuchcountry
Comments: Oh yeah? Wow now you’re minus SIX my friend! I’m outta here.

Submitted By: Ryan (Verbow @ altcountrytab.ca)
Comments: I remember this song getting a lot of play round the turn of the millenium. I don’t know if I would say its a good song but it makes me bob my head and laugh thinking, “yeah all I need is my board and my weed – the man can go eff himself!”

10. Peter Tosh - Legalize It
Legalize It (1976)
Submitted By: Simon
Comments: On the eve of Jamaican Independence 50th Celebrations and on the day the country is poised to make it a male/female sprint double gold at London 2012, then it's got to be Peter Tosh's "Legalize It," this Wailer gave the bird to The Man and if the stories are to be believed that's what cost him his life. Beat this Snoop Dogg.

Submitted By: BoogieStudio22
Comments: It's the establishment, man.

13. Anthrax - I’m the Man (Def Uncensored Version)
I’m the Man (1987)
Submitted By: Rockstar Aimz
Comments: Gorrck sent this CD to me in 2001 when the anthrax scare hit the east coast. We told one of our other friends that "I got Anthrax in the mail." She said, "Are you serious!!!" Our friends are not too bright. And we are immature.

14. Furnaceface - We Love You Tipper Gore
Just Buy It (1992)
Submitted By: Lord Summerisle
Comments: A song about "The Man" that's about A woman.

15. Screeching Weasel - A New Tomorrow
Anthem for a New Tomorrow (1993)
Submitted By: annieTUFF
Comments: So, when I heard the theme for this month was "The Man," I thought of rebelling against status quo, rejecting the norm and living your life the way you want to live it. Instantly I thought of this song, Screeching Weasel is a band I’ve loved for years. It doesn’t matter what music I’m listening to, or if I’m going thru a "only listening to Buck Owens on repeat/surf music 24-7/or whatever else constantly" phase, I’ll always be able to add a Screeching Weasel song to my mixtape (or really…we all know it’s a playlist…but mixtape just sounds better dudes, ok?). Anyway, back to this particular song, anytime I’m starting to question my life choices I can listen to this song and instantly feel better, really. Sound dumb? Who cares, it works for me.

17. Drive By Truckers - Puttin’ People On The Moon
The Dirty South (2004)
Submitted By: TheOtherBrit
Comments: This was the first song that came to mind when I thought about The Man keeping ya down, especially convenient with the Mars landing just happening.

18. Bradley Wik and the Charlatans - Friday Night is for the Drinkers
Buy (Bandcamp): Burn What You Can, Bury the Rest…
Submitted By: Cowbelle www.morecowbelle.net

20. The Countdown Five - Money Man
B-Side/Shaka Shake Na Na/Money Man (1969)
Submitted By: @popatunes
Comments: This theme seemed a bit of a challenge finding something that wasn't an obvious 'The Man' protest song, (my interpretation of the theme) so I was lead deep into the garage for an enjoyable excursion that distracted me to from my initial, but thought this little b-side gem from Texas City's The Countdown Five was worth sharing. Y'all know by now I have soft spot for low-fi psych garage grooviness. The band had two Billboard Top 100 hits, "Uncle Kirby" and "Shaka Na Na." 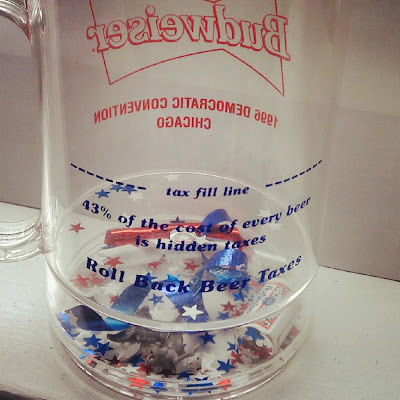 Posted by Rockstar Aimz at 6:42 PM

Feeling bad for you.