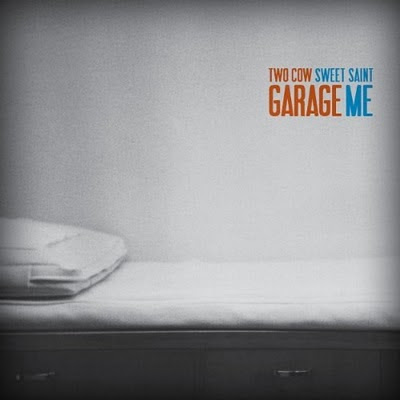 We will be well into 2011 before I get around to reviewing all of the albums that I want to for 2010, but I absolutely have to get this one in before the new year. Two Cow Garage is another one of those bands which you aren't listening to, but you absolutely should be. This Columbus, Ohio, based quartet released their fifth album Sweet Saint Me in October. Their previous albums have been in the alt country-ish to punk-ish range, all with a solid rock foundation. Sweet Saint Me is nearly a pure rock album, but this time the lead singers, mostly Michal Schnabel with a few tracks by Shane Sweeney, seemed to have really concentrated on honing their songwriting technique. The entire album seems more mature and focused. But don't worry, "mature and focused" can also kick fucking ass! Take my favorite track, "Lydia;" "Lydia, you're much too young to have your teeth on the tip of my tongue. If your lips were just a little bit older…" I heard through the twittervine that when Schnabel premiered "Jackson, Don't You Worry" at SXSW, a song dedicated to Sweeney's baby son, grown men were weeping. Indeed, I took a hard gulp the first time I heard it. And I'll be damned if Schnabel didn't steal the "Insolent Youth" lyric "just because you can doesn't mean you should" from me, cause I've been saying that for years. Sweet Saint Me is peppered with hard rock anthems ("My Great Gatsby"), love songs ("Closer to You"), and stories ("Lucy and the Butcher Knife"), with the occasional lyric borrowed from Bruce Springsteen, Townes Van Zandt, and Bob Dylan. As a whole, this may be the strongest record that Two Cow Garage has released.

Two Cow Garage supposedly puts on a wicked live show, so catch them on tour if you can. Looks like they are on a little touring break right now. I have never seen them live, and as far as I can tell, they have never played Toronto. In fact, if you google Two Cow Garage Toronto, one of the top hits is my Last.FM page!

TCG plays Buffalo at least once a year, cuz they know we're great(ish).

Sadly, Micah believes in yelling most songs, live. Sometimes he needs to use his inside voice.

I agree Ron! "No Shame" and "Mediocre" are two of my very favorite songs, but this album is solid through and through. Not a bad or mediocre track on it.